His Majesty King Bhumibol Adulyadej (King Rama IX), the beloved King of Thailand and the world’s longest reigning head of state, this afternoon succumbed after a lingering battle with declining health since July 2006. His Majesty was 88.

Since 2006, His Majesty has been suffering with declining health and spent extended periods at Siriraj Hospital. His Majesty reportedly suffered from lumbar spinal stenosis and received microsurgical decompression in July 2006.

His Majesty was admitted to Siriraj Hospital in Oct. 2007 after being diagnosed with a blood shortage to his brain. The King also received treatment for various ailments including heart problems and was released after three weeks.

His Majesty was again admitted to the hospital in Sept. 2009, apparently because of flu and pneumonia. In 2011, unofficial reports said he had suffered from Parkinson’s disease and depression.

In Nov. 2011, the King was diagnosed with diverticulitis and was treated in Jan. 2012. In July 2012, The King was treated for minute subdural bleeding in the left frontal area of his brain but left the hospital in July 2013.

On Aug. 2, 2013, the King was discharged from Siriraj Hospital and traveled to Klai Kangwon Palace, Hua Hin but returned intermittently in the following years, most recently on June 1 2015.

Public concerned over his health continued after King Bhumibol failed to appear for the public celebration of his birthday on Dec 5, 2015, but he made a TV appearance on Dec. 14, his first in several months. The King temporarily left the hospital to visit Chitralada Royal Villa on Jan. 11, 2016 but returned to the hospital later that day.

On Oct 1, 2016, the palace released a bulletin stating that after recovering from a fever, His Majesty underwent tests that revealed a blood infection. Also, an X-ray was said to have found inflammation on his left lung, along with water in his lungs. He has been suffering from kidney failure and has been under dialysis for some time.

By Oct 9, doctors had pronounced him “not yet stable.” Crowds of well wishers, many dressed in pink symbolizing good health and luck for His Majesty, gathered outside Siriraj Hospital and the Grand Palace to offer prayers and support.

By Oct. 12, concerns over his health mounted and spread in social media with many Thai netizens posting pink notes, colors, posters and photos of the King and prayed for his health to give support. That same day, the royal children arrived at Siriraj Hospital.

By the afternoon of Oct. 13, confidential reports began spreading about the king’s death and even before the Palace made official announcement, crowds continue to gather outside Siriraj Hospital.

HM King Bhumibol is generally highly revered and beloved by the people of Thailand and respected by the international community. The King is known for his kind-hearted approach to his subject, and has always been popular because of his many Royal Projects that seek to uplift the livelihood of his subject around the kingdom.

Born on Dec. 5, 1927, Majesty King Bhumibol Adulyadej is the ninth monarch of the Chakri Dynasty. His name means “strength of the land, incomparable power.” He ascended into the throne in June 9, 1946, and is considered the world’s longest-serving current head of state and the longest-reigning monarch in Thai history, serving for 70 years and 126 days. 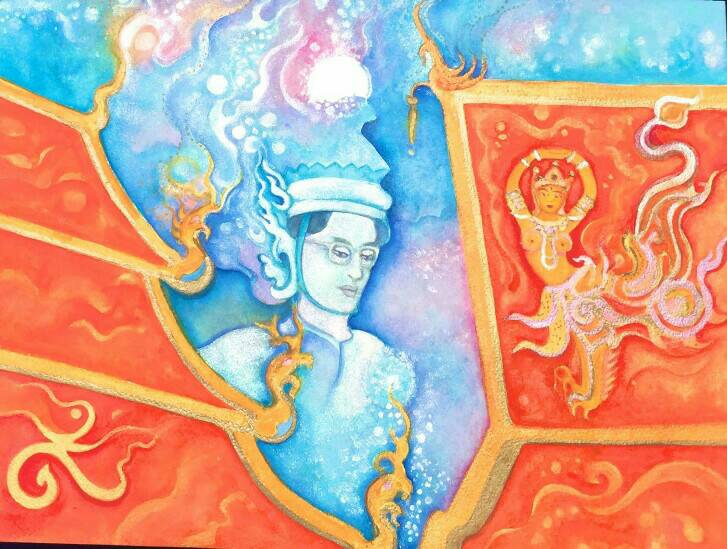